theres life in the desert 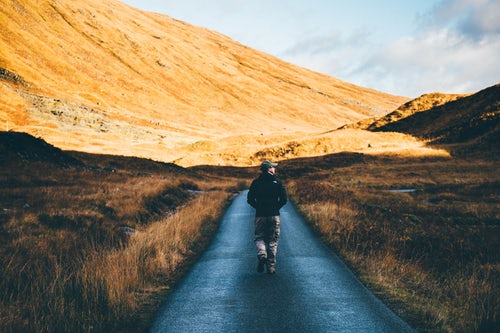 Do you know why you’re in the wilderness?

What if I told you that you needed to understand what kind of wilderness season you’re in to go through it and come out of it with a new fire?

Sometimes we go through dry seasons and they were never something we were meant to go through; they were never our burdens to carry. Other times, we just go through difficult seasons. But here’s the thing. How often do we ask why we’re in the season we’re in? While I don’t believe that God is anything but good and He doesn’t cause bad things to happen, I do believe that sometimes He will lead us into the wilderness.

When does He lead us in to the wilderness?

When we are confident in our identity and have heard the voice of the Father singing over us. When Jesus was baptized, immediately a dove (the Holy Spirit), descended upon him. A voice came from heaven declaring, “You are my Son, whom I love. With you, I am well pleased.” Mark 1:9-12

Jesus was confident in his identity because he heard the voice of the Father saying, this is who you are. He knew who he was, and he knew what God thought about him. The next sentence says, “At once, the Spirit sent him out into the wilderness, and he was in the wilderness forty days, being tempted by Satan.”

Why was he led into the wilderness?

Equipped with the truth of his identity, no lie could prosper from the enemy. God doesn’t lead us into the wilderness without a plan. He leads us into the promise, where we can walk out of it victorious. In the book, Walking in the Wilderness by William Wood, it says the following:

“The Spirit’s purpose was not only for Jesus to confront the devil; it was for Jesus to conquer him. Before Jesus’ public ministry began, it was critical that Jesus defeat Satan in private before he triumphed over him in public. Why is this? Because no one can have a public display of authority of something that’s defeating them in private. The Spirit led Jesus to confront the enemy when no one was watching to prove that Satan had neither a hold over Jesus’ heart nor the works of His hands.”

Wood also states, “the spirit defines and matures our character and integrity. God calls and equips us to confront Satan in private so that we can demonstrate our authority over him in public.”

How many times has God led us into a wilderness season for us to walk out in breakthrough and in victory, but we complain all the way through it, choosing to not partner with Him, walking out of it worse than we entered and blaming Him for it?

Trust Him in the wilderness: He has a perfect tract record of turning dry barren land into the promised land.

“I am making a way in the wilderness and streams in the wasteland.” Isaiah 43:19

Know your wilderness season, for the Lord wants to bring streams of living water from it.

This is a text widget. The Text Widget allows you to add text or HTML to your sidebar. You can use a text widget to display text, links, images, HTML, or a combination of these. Edit them in the Widget section of the Customizer.